The cheese has a long and rich history that is still being written.

The first evidence of its existence dates back thousand years BCE, and it is most likely an accidental discovery – a result of natural processes of milk clotting. Subsequently, however, the production of cheese became a craft, and the complicated and lengthy process is even defined as art or science with its own rules and laws.

Thanks to its good taste and food qualities, the cheese became a staple food for people, and its production expanded and improved together with the development of civilizations in the Middle East, Egypt, Rome. It is argued that the cheese was an integral part of the daily meal of Roman soldiers along with bread, salt and wine.

Archaeological evidences indicate that cheese produced in Ancient Egypt was probably quite sour and salty (salt helps keep its qualities in the hot and dry climate) or close to ricotta and feta. Given the cooler conditions in Europe, the production and storage of cheese did not require the use of so much salt. At the same time there was also a favorable environment, which contributed for the formation of beneficial bacteria and fungi that allow the cheese to mature and get its typical taste.

Cheese had an important place in the lives of the ancient Greeks and Romans too. In their large houses they had special kitchens called careale, designed for the production of cheese. In fact, the Romans had enough resources to make various types of cheese and when new techniques for smoking and flavoring were being found they used to spread them throughout the empire.

Its production is primarily associated with the need for better and longer storage of sheep’s milk, which was typical for the Thrace region (land, called by Homer ‘mother of sheep’). It is therefore not surprising that our country is particularly known for the production of dairy products from sheep’s milk that has exceptional quality and taste.

During the Middle Ages monasteries were major producer of cheese. There the need for variety in the daily menu of the monks led to the creation of new types of cheese with different flavors and aromatic characteristics. The production of small quantities of cheese in rural farms is developed and used by the middle of the XIX century, when Louis Pasteur – French microbiologist, discovered the process of pasteurization.

Thanks to this discovery the production of large quantities of dairy products was made possible in a standardized technology that provides milk an extended life. Thus began the modern industrial production.

Today cheese is known in different forms and flavors.

The variety is great – from white cheese or cheddar to mozzarella and parmigiano reggiano. This diversity combined with the nutritious properties of the cheese turn it into a preferred product that is part of our daily meals in one form or another. 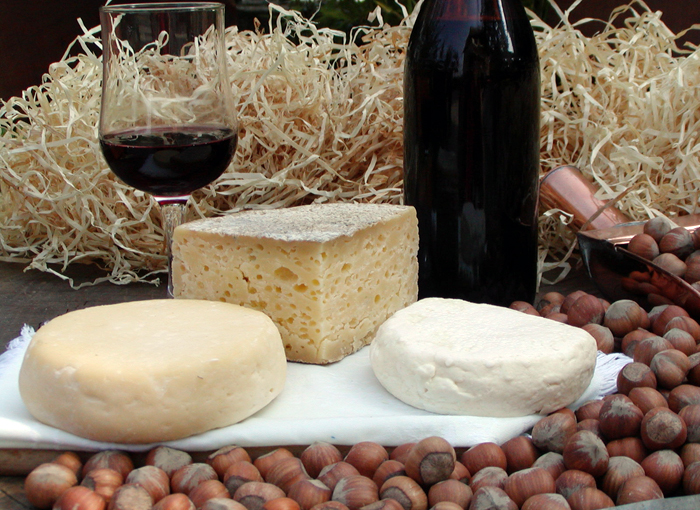